...continuing the Colorado adventure!  If you missed it, see Part 1.


The next morning was Monday and Katie (who had to work) generously offered me the use of her Forester for the day.  So I dropped her off at her office in the Foothills and hit I-70 west.  I decided I would tackle Mt. Evans, so I meandered my way up to Summit Lake; that put me at around 12,600 feet.  There is actually a (narrow and probably suicidal in the rain) road that goes just about to the summit, but it was closed.


So I had just shy of 2,000 feet to climb in about 2.75ish miles.  I set off into the frigid howling wind, and was gasping for air in no time at all.  The route jumps almost straight up to 14,000 feet and stays there.  While I had passed any number of people on the way up, I only ever saw three others (and one dog) besides myself go above 13,000.  Clearly everyone else was smarter than us.  Even without climbing that far, you are treated to awesome views of the lake, Mt. Evans, and Chicago lakes.


The route went right over a 13er, Mt. Spalding (which I didn’t realize at the time), and was mostly trailed.  Where the trail wasn’t obvious there were plenty of cairns to mark the way.  Eventually the route went rocky, shortly after I crossed the Evans-Spalding saddle, and I lost it a few times.  This resulted in a lot more rock scrambling than would normally be necessary when going this route, which is otherwise at worst a class 2 endeavor.  But yeah, I always need to make things more interesting.  I pretty much went up and over all the “mini-summits” en-route to the real one.


As I traversed, I kept my eyes on an ominous bank of clouds to the west.  It was clearly storming like crazy just one ridge over, and it looked like it could potentially be coming my way.  Luckily, the wind was moving mostly north, and the worst of it peeled around my course.  I only had to contend with some snow and hail flurries carried by the very edge of the front.

After conquering all the false summits, I found the meandering path that comes up from the road and Meyer-Womble Observatory, and at last I was on top of Mt. Evans itself.  I got some photos and a quick snack.


I was starting to feel pretty crappy at this point.  The climb had taken almost three hours, much of that spent at 14k.  A roaring headache was coming on, and some nausea.  It was time to descend.


There is a more direct route that saves a mile directly down the northeast-face, but being solo and not feeling so hot I decided it would be wisest to retrace my steps back over mild Mt. Spalding trail.  I hauled ass, and didn't see another soul until I was nearly back at the lake almost 2 hours later.  I was fighting back the urge to vomit as I threw my pack into the Forester. 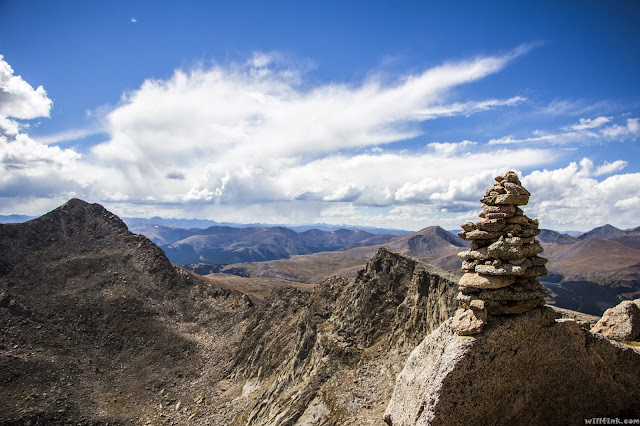 I tore through the mountain switchbacks, which are always my favorite type of driving.  Apparently they don’t believe it guardrails in Colorado!  By the time I got down to 10,000 feet, I felt 100% better.  I pounded a Gatorade for good measure.

Then it was back to Denver to pick up Katie.  That night we met up with GQ and Radiance who were crashing at a friend’s.  We hit up the local REI - the biggest I have ever seen, and got some chow.  We made our plans for the rest of the trip, and set the trail rendezvous where Katie and Brian would meet Jimmy, Genevieve, Hayden, and myself on Friday.  I slept like the dead that night. 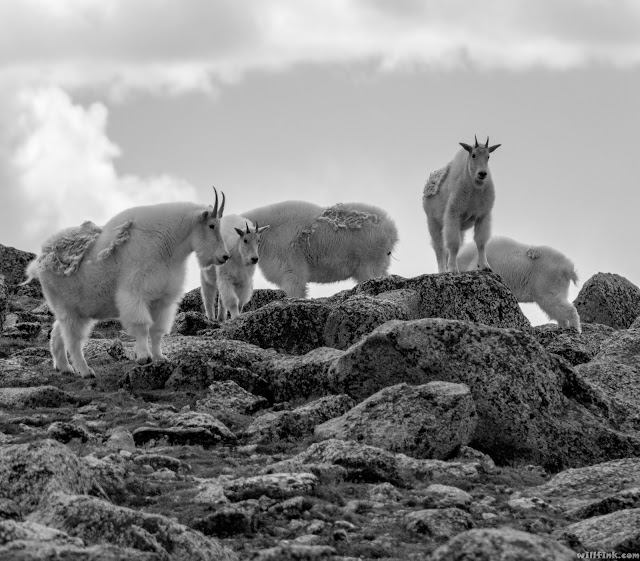 Email ThisBlogThis!Share to TwitterShare to FacebookShare to Pinterest
Labels: Colorado