Another 4th of July - and another backpacking trip!  This time, taking advantage of the long weekend, I headed south with a great DCUL crew to hike 42 miles of the AT through the Roan Highlands.


This is a very up and down section, with around 11,500 ft of elevation gain.  We also had a few thunderstorms to contend with, but really, it wasn't nearly as bad as the weather reports made it seem.

We started from Mountain Harbor - a backpacker friendly waypoint consisting of a bed and breakfast, hostel, and campground.  They even have a supply store for through hikers, and are a stop for a local shuttle service out to various trailheads. 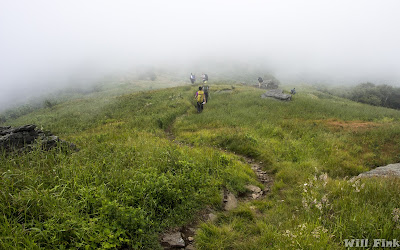 Our first day started off with a pretty good climb, after which we reached the summit of Hump Mountain which was shrouded in the clouds.  After travelling across the wide bald sections, we were eventually treated to clearing skies and swirling clouds! 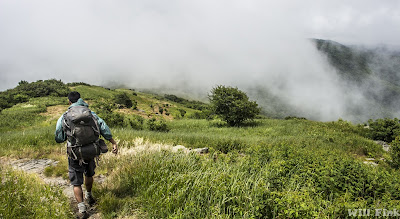 This was an impressive section of trail, and we had just enough gaps in the clouds to enjoy the majestic views before we plunged back into the canopy. 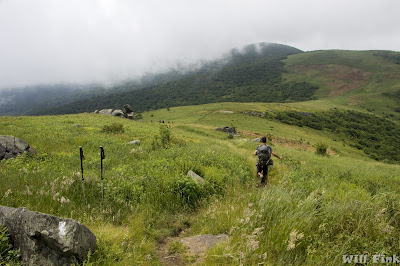 We had lunch at the massive Overmountain Shelter with a couple different groups of hikers, then finished out the day with a climb up Roan Mountain itself after braving a thunderstorm.  We made camp at the two story shelter there.  I hammocked outside while the rest of the team got cozy in the loft.  It was a windy and rainy night! 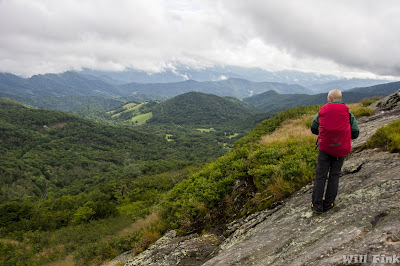 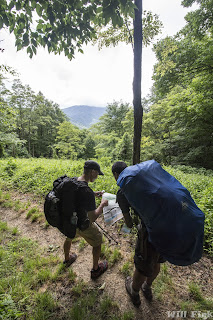 The next day, we had a rolling walk through sporadic rain showers, but the thick tree coverage kept most of it off of us.  Most of the trail was easy walking, with the occasional ankle-threatening rocky bits.


We regrouped for lunch and tanking up at Clyde Smith Shelter before setting out for our final night in the woods at Cherry Gap Shelter.  The shelter itself seemed rather dank and un-appealing, so everything erected their shelters this time.  He enjoyed a fire with more sporadic rain showers while eating dinner, then retired for the night. 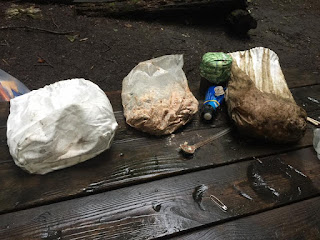 In the morning we discovered we had a visitor!  A mischievous black bear managed to foil our bear hangs.  He destroyed 3 out of 7 bags, and used my Ursack as a chew toy.

To make matters worse, he had thoroughly tangled our lines - which led to various hilarious efforts to rescue the surviving bear bags.  In the end, a knife lashed to a stick resolved the situation.  GQ's bag remained untouched - and clean!


If you can believe it, this was the first time I've been on a trip where our food was raided (at least by a bear, ravens are another story!)


Luckily this was our last day, so food was divied out, and we made quick work of the remaining 9 miles.  Once again, we had clear skies just long enough to enjoy Beauty Spot! 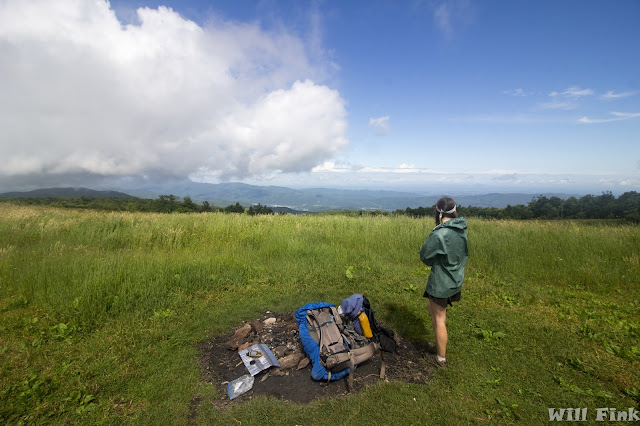 For a full trip report, head over to dculbackpacking.com!

And you can check out more photos here.

And a just for fun bit of video from the trip here. 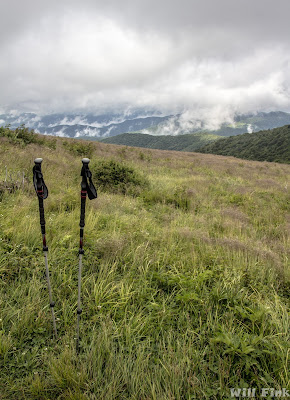 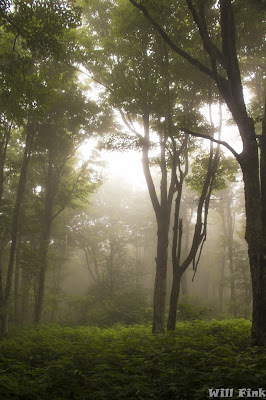 Posted by Savage at 9:21 PM No comments: